The life of Dr Edward Thomas Wilson of Cheltenham has never been told. Overshadowed both by his son, the Antarctic explorer who perished with Captain Scott at the South Pole, and his brother, renowned for his heroic attempt to rescue General Gordon at Khartoum, his story is intriguingly complex.

Edward Thomas Wilson – father of the Antarctic explorer – was a leading light of Victorian & Edwardian Cheltenham. As a medical doctor he campaigned for clean drinking water, district nursing and the founding of an isolation hospital, when smallpox was still rampant. He also helped found the public library, the photographic society and the museum. A quiet hero? 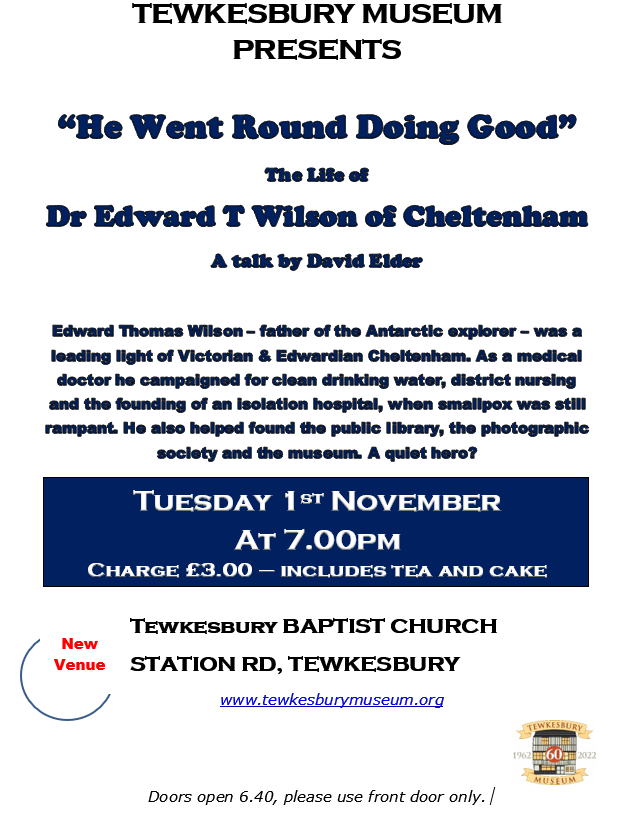