Adam Dolling is the expert on the battle and regularly conducts guided walks on behalf of the Battlefields Trust.

Adam is coming to Tewkesbury on Tuesday 3rd December to give a talk about the battle as part of Tewkesbury Museum’s autumn programme. The talk will be in Trinity Church Hall, Oldbury Road, and will start at 7.00pm. Admission is £3, which includes tea and cake after the talk.

About the battle: The Battle of Nibley Green was fought in the spring of 1470 between the Berkeley and Lisle families, who had fallen out over land inheritance and went to war over it. This was the last battle to be fought in England between the private armies of magnates. Though there is no direct link with Tewkesbury, it was close in place (just south of Dursley) and time. 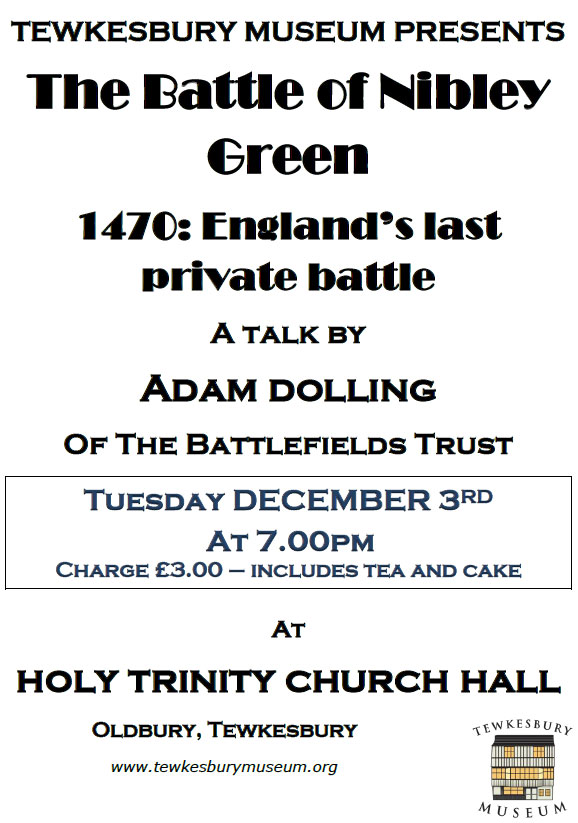