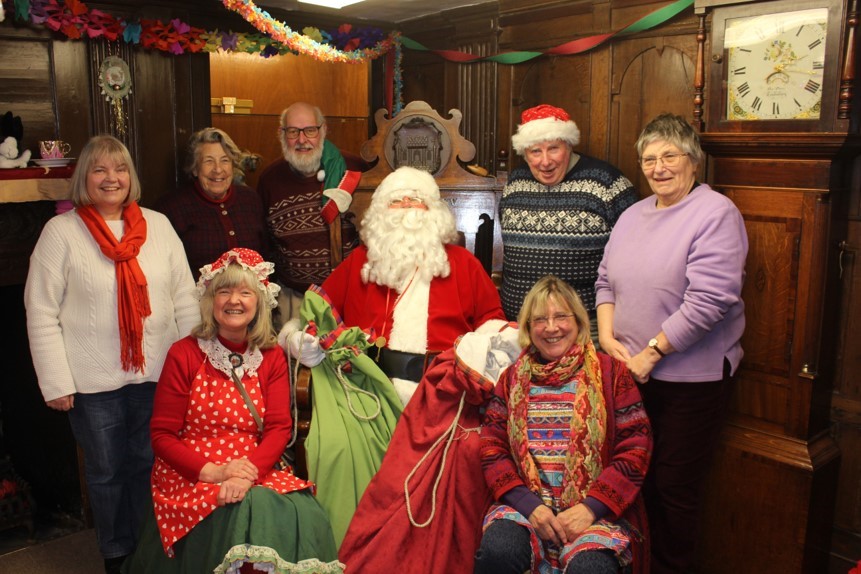 The museum’s beautifully panelled Victorian parlour really came into its own in December, as beautifully decorated, with holly, Ivy, tinsel, fairy lights and a selection of vintage toys, it became a perfect grotto for Father Christmas, when he made his annual pilgrimages to Tewkesbury on December 9th and again on 16th, establishing himself in the Museum.

The visits were a huge success with children and parents, The museum’s band of helpers and supporters did a magnificent job.

If you did not get to see him this year, we’re hoping that Father Christmas will drop in again next year.

On 17 July 2006, Tewkesbury Museum hosted the most illustrious…

A Present from Yorkshire

The Museum was recently contacted by Kate Genever, an artist…